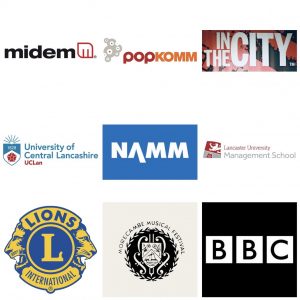 He offers as much time as possible to good social causes in the industries he opperates in.

Host
David is a host for the Barrie Wells Trust Box4Kids.

The Past
David has been involved with several organisations including:

Morecambe Musical Festival
In the mid 1980’s David sat on the committee of my local Morecambe musical festival.

The British Broadcasting Corporation
Between 2005 and 2007, David was one of the twelve BBC Local Advisory Council (LAC) members. The role was to represent the listeners and viewers of Lancashire and offer advice and feedback on BBC programmes and services. David says “It was an exciting time within the BBC, particularly in the North of England, as there were big changes ahead with the BBC’s accountability under the new Royal Charter which started in January 2007; and the move of staff to MediaCity”.

Music Industries Association
David is a past member of the MIA.